Hi, hello, welcome back!  This is the final post I'm planning to make under this jam version of Raging Flames; a postmortem discussing the aspects of the game that turned out well, not so well, and what I think overall of this game.

First up, things that I feel went well in this jam.  Mechanically, I'm very happy with the design of each mechanic and their potential uses in the game (more on this in the Poorly section).  Mechanics like the stones, water, bombs, fire; all play off each other in some way that gives them multiple uses and opens up the possibilities for how puzzles could be designed.  Most of the games I've built in the past have standalone mechanics that don't really have multiple purposes and I feel very accomplished that this small jam game resolved that issue.

Additionally, the art went WAY better than I expected.  As a programmer art has never been my strong point, but I feel like the art I created for this jam was generally pretty well done.  Ground tiles had some great color and texture thanks to shading techniques I practiced, and the whole thing made the game feel a lot more like a hand-painted version of a board game. 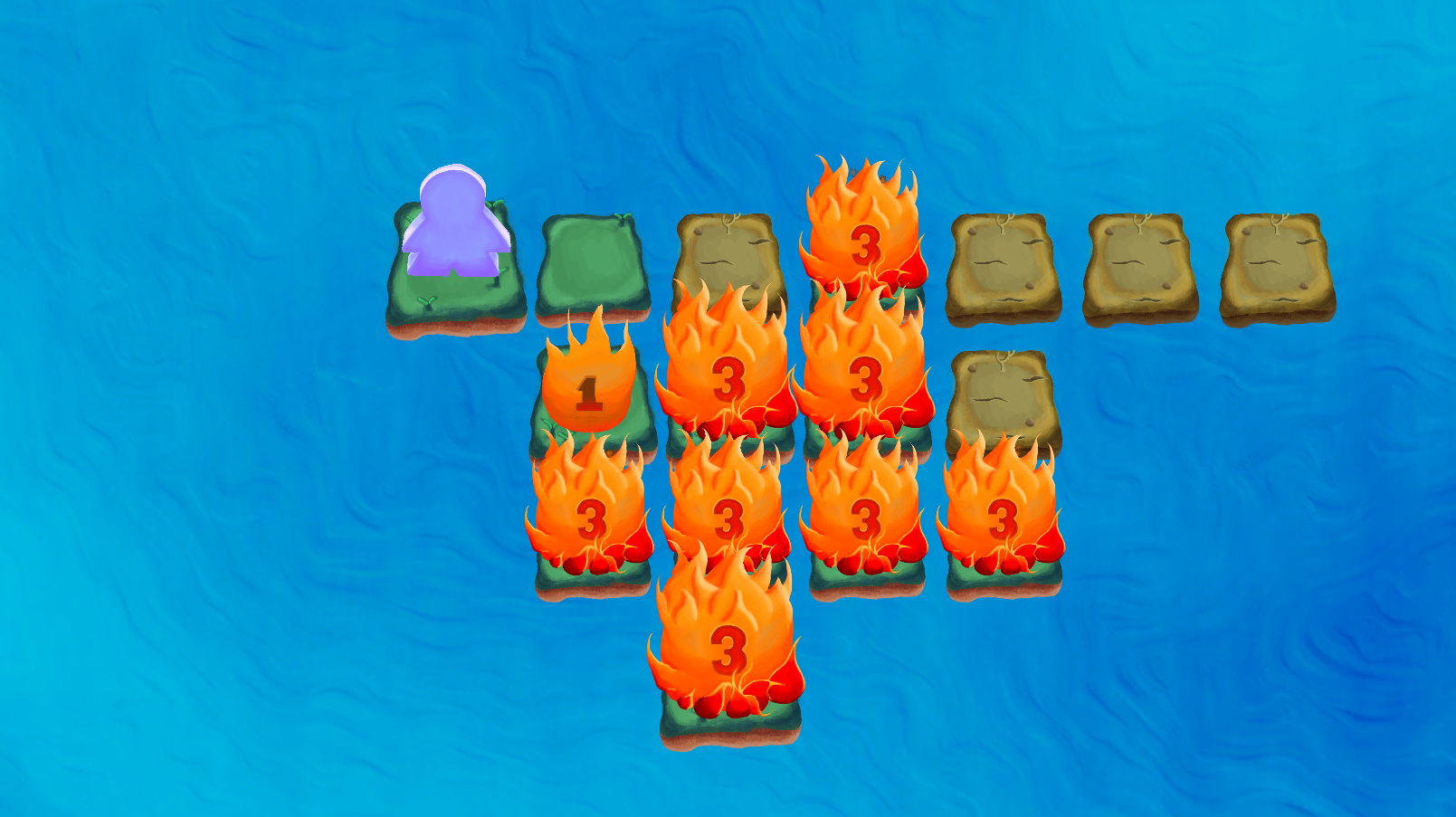 Next up, things I think turned out pretty poorly in this jam.  Well, the major one is the lack of time to accomplish some of the ideas I had.  The scope for this game was relatively small, however my focus on practicing art and learning new art techniques took a lot of time away from of the additional polish and development that tends to go into my other jam entries (which generally have worse art than what this one has).  Given more time, I would have liked to add more unique and difficult puzzles, add sounds of any kind, and polish other aspects of the entry.

While I don't think this point is as strongly important, I do think the code was pretty 'hacked together' with very little thought to the expansion of the codebase.  Performance is pretty poor in some scripts but the simplicity of the game makes it not much of an issue.  One of the worst designs was the idea that each tile has a 'status' such as Dirt, Grass, Stone, Water, Bomb, or Fire.  This means pushing a bomb isn't really pushing a bomb object, it's pushing the state from one tile to it's neighbor and so on.  Dirt/Grass are elemental types and Stone/Bomb are interactable objects that shouldn't really be stored in the same 'slot' that the elemental types are stored in.  It just muddies the code (pun intended). 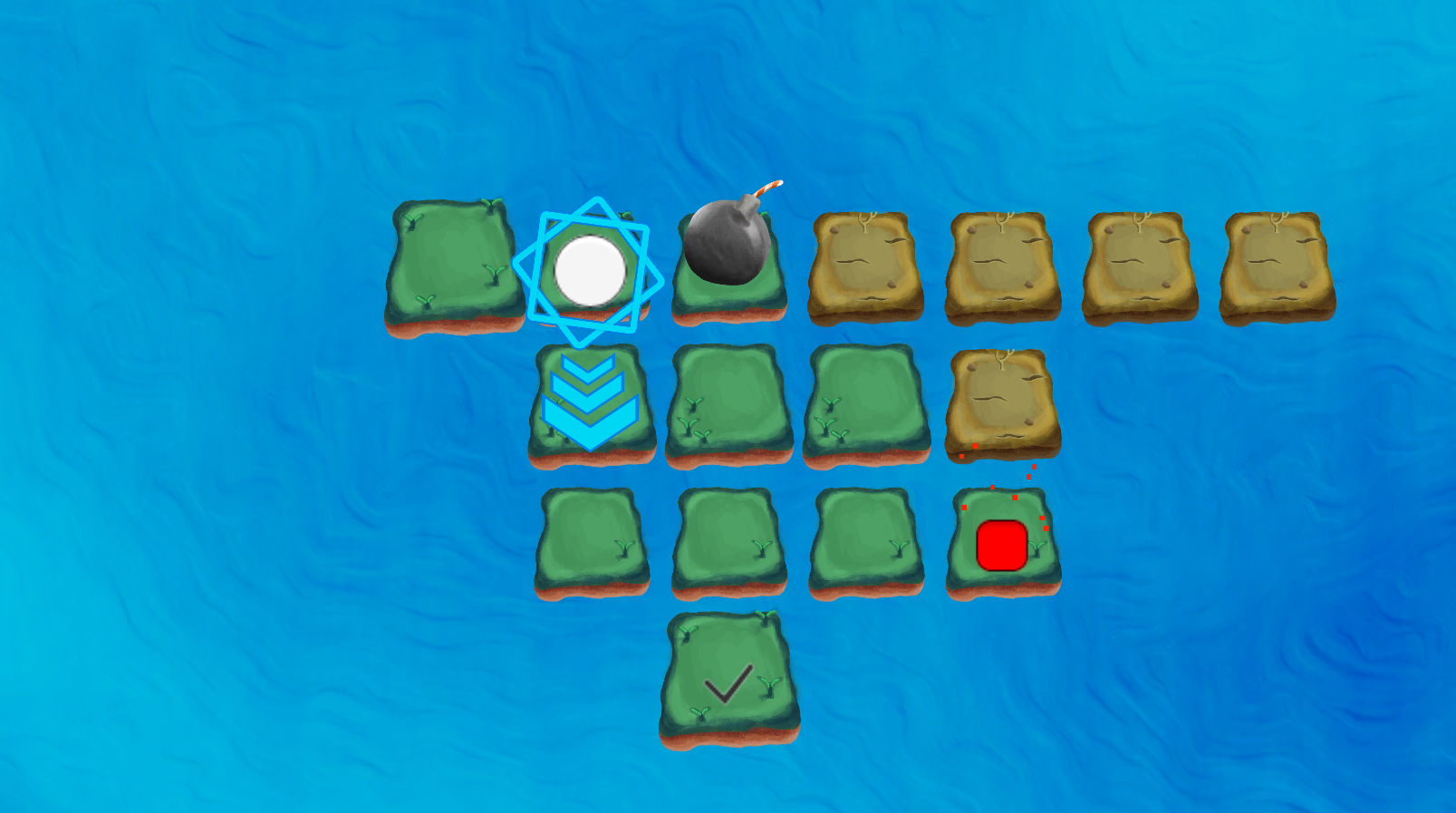 In the end, though the jam didn't rate very well overall (art rated very well though), I'm still pretty happy with this entry.  The mechanics are some of the most interesting I've ever designed and the art is some of the best I've ever drawn.  I'm happy with it! 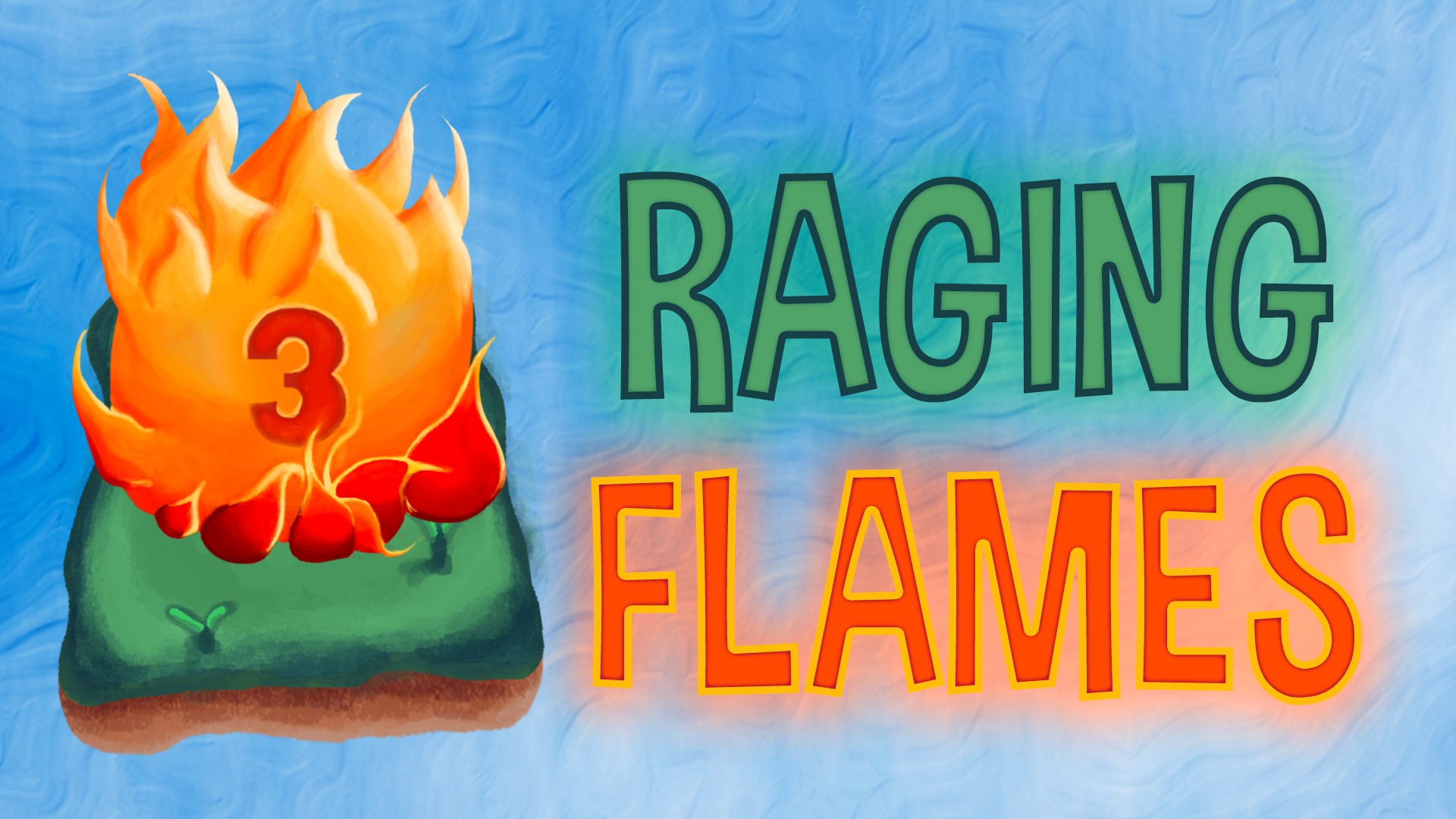