Hi, hello, welcome back!  Day 4, whew, we've hit the halfway point.  I feel like this entry is in a relatively good spot from a game perspective, however I don't feel like the game is thematic enough regarding the jam theme.  Am I worried about that?  No.  I'm still happy with the current game.  So where did Day 4 go and what's next?

Levels.  Day 4 was mostly all related to building interesting levels that progress naturally in an attempt to teach players mechanics without just dropping them in.  Just about every game I've made in the past is a single scene in Unity and is less about levels and more about arenas or within a single predefined space.  My previous game, Finnegan McGinnegan in Well Wishes was one of the first where I experimented with 'levels', even though that was still a single scene (the play area scene was one scene, cutscenes were separate) with multiple rooms the camera would pan to as the player progressed.  Making this jam entry separate scenes means I can quickly prototype a puzzle, quickly play test it, and go to the next level.  Also supporting this workflow is a set of mechanics that are relatively dynamic and easy to place. 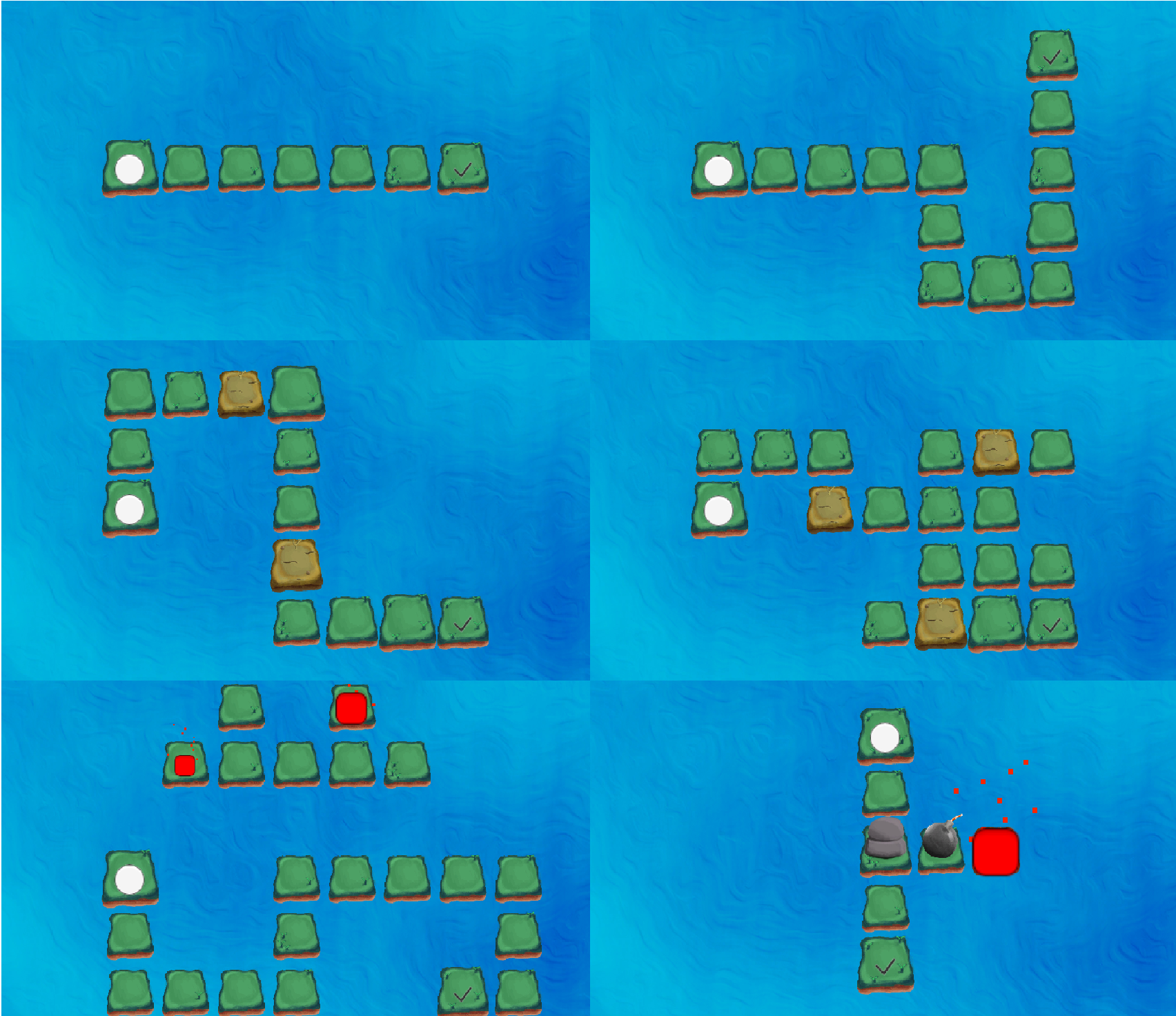 Above, you can see the first five levels, plus a repeat of a level I've shown in previous posts.  The main goal of the first two levels is to introduce the basic movement concepts, followed by two levels that build on that but include Dirt tiles.  Dirt is placed in the players way so they understand that tile can be moved over.  Then, in level five, fire is introduced but in a non-threatening way.  As the player moves, the fire grows and the player hopefully understands that fire grows on green tiles.  The sixth level in the image is a later level that shows how bombs interact with stones without putting the player in a situation where they have to use it before understanding it.

Is this kind of progression necessary?  No.  But I also hate when I'm pressed for time and I just slap up a text prompt that says 'here are the controls, your goal is to do "this"'.  I may still use some screen prompts, but I feel this is a better way of teaching while letting me play with the design tools I've built over the last few days.

I also solved the two known bugs in the game: 1) When a player would move into an unoccupied space with a nearby full fire, that fire would still apply a small fire to the space the player was on, and after that the player could still move forward and back onto that tile even though it had fire.  2) Randomly fires would increase to their next stage on one single movement (supposed to increase after two movements).  Both bugs were related to an 'order of operations' of sorts.

Next up: More art, more levels, finish the bomb mechanics.